Twitter Includes “Substance Abuse” Message For “Marijuana” Searches, But Not For Alcohol And Harmful Drugs

In a partnership with the Substance Abuse and Mental Health Services Administration (SAMHSA), Twitter has implemented flags for users searching for “marijuana” content on its platform.

Running a Twitter search for “marijuana” yields above the results a notice reading: “If you or someone you know is struggling with substance use, you are not alone. Our partner SAMHSA can help.”

The notice includes both the phone number and website address for SAMHSA, a federal drug agency. 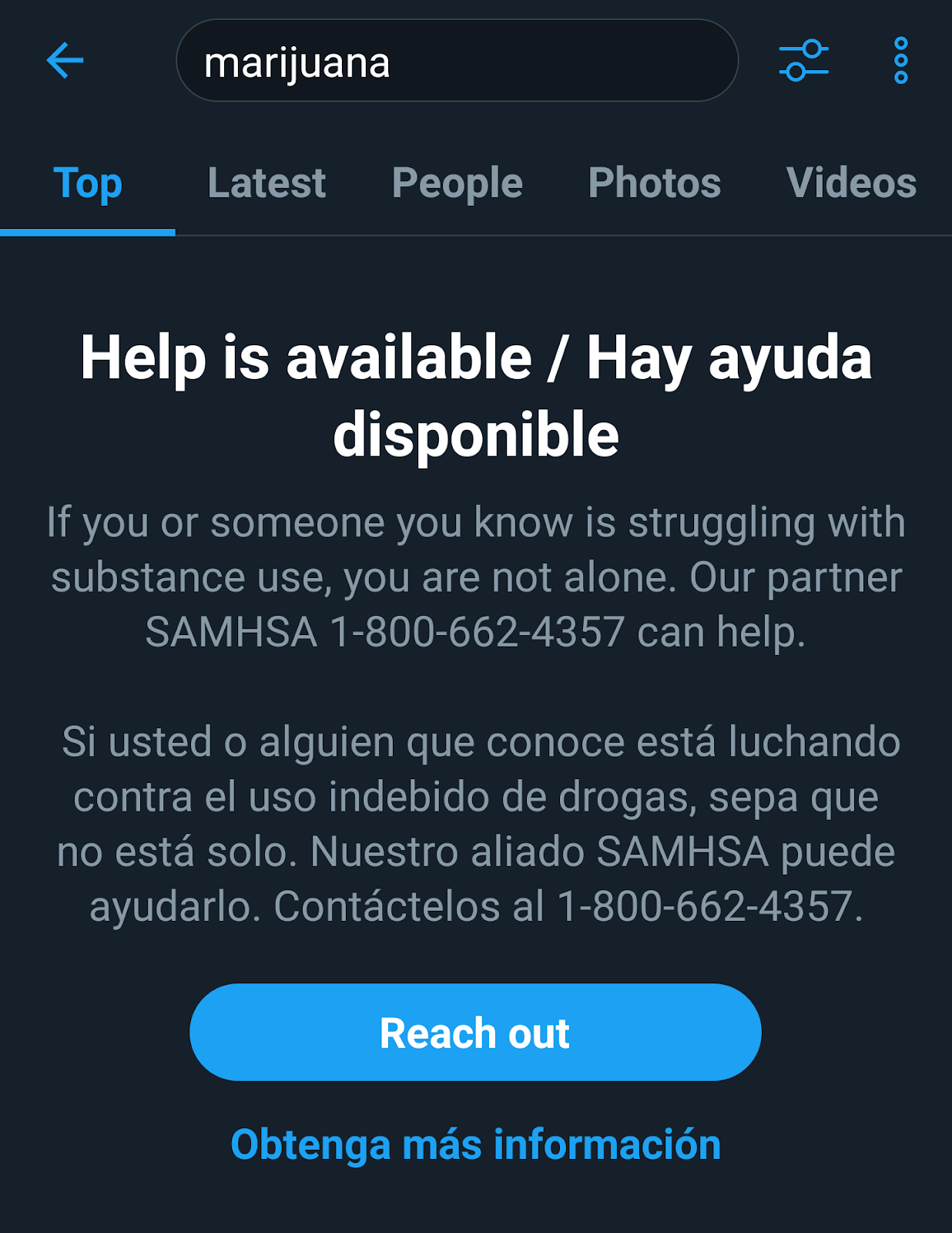 Matthew Schweich, deputy director of the Marijuana Policy Project told Marijuana Moment that he believes that if SAMHSA is going to add this message to searches for “marijuana,” it should also include it for alcohol-related searches.

“If Twitter is going to add this feature for marijuana then they should absolutely do the same for alcohol, which is a more dangerous substance,” said Schweich.

According to data provided by the World Health Organization (WHO), harmful alcohol use results in the deaths of approximately 3 million people every year, with most of them being men. Overall, alcohol abuse causes over 5% of global diseases.

“Far too many people, their families and communities suffer the consequences of the harmful use of alcohol through violence, injuries, mental health problems and diseases like cancer and stroke,” said Dr Tedros Adhanom Ghebreyesus, Director-General of WHO. “It’s time to step up action to prevent this serious threat to the development of healthy societies.”

According to WHO, alcohol is consumed by over half of the population in three regions: the Americas, Europe and Western Pacific.

“It is not surprising that SAMHSA would be behind stigmatizing content like this, but it is surprising that a platform like Twitter would allow them to co-opt entire search terms, regardless of a person’s reason for searching for them,” Matt Sutton, director of media relations for the Drug Policy Alliance, said to Marijuana Moment. “It goes back to the same false dichotomy that people who use drugs are struggling and need help verses the reality that most people can use drugs non-problematically, while a small portion of the population tends to struggle with substance use disorder.”