Law Enforcement Seizes Over 1,000 Pounds of Cannabis At U.S.-Canada Border

When a commercial vehicle driven by a Canadian citizen arrived at Fort Street Cargo Facility in Detroit, Michigan on Sunday, U.S. Customs and Border Protection of Field Operations Officers called the vehicle in for additional inspection. While the driver showed the officers a manifest for steel wire to be delivered to a facility in Chicago, Illinois, further inspection revealed a different type of cargo.

“Another 1,000lbs of marijuana seized by CBP in Michigan for a second straight week! This time smugglers attempted to smuggle this load via the Ambassador Bridge, after manifesting it as steel wire,” said CBP Great Lakes in a tweet.

#BorderSecurity Another 1,000lbs of #marijuana seized by @CBP in #Michigan for a second straight week! This time smugglers attempted to smuggle this load via the Ambassador Bridge, after manifesting it as steel wire. Read more: https://t.co/lzfzu7Szbc pic.twitter.com/LVgqUbgfBd

CBP officers found over 1,031 pounds of vacuum sealed cannabis in five wooden crates in the vehicle. Throughout ports of entry across Michigan, CBP has seized more than 5,500 pounds of cannabis since March.

“The Port of Detroit is proud to have prevented the exploitation of our borders and the introduction of illicit drugs into our communities,” director Devin Chamberlain said. “I am equally proud of our CBP officers and agriculture specialists who remain vigilant in their efforts to protect the American people every day.”

While CBP stated via press release that, “upon entry, CBP officers became suspicious and referred the shipment for additional inspection,” the agency did not offer details as to what piqued the initial suspicion.

CBP encourages “anyone with information about suspicious border activity” to contact the agency. 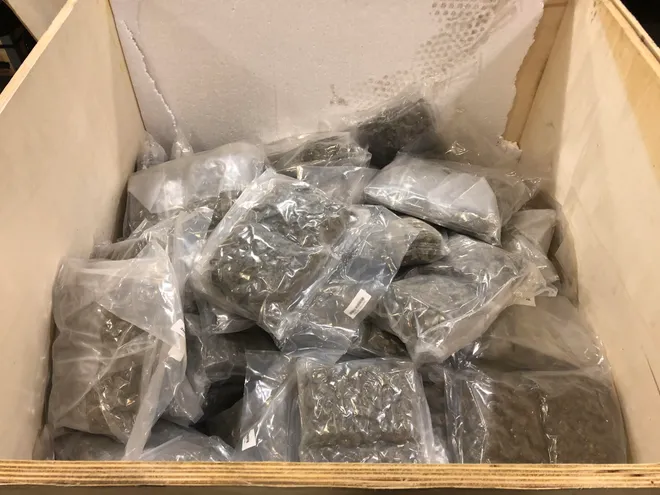 (On Sunday, 1,031 pounds of marijuana was seized at the Detroit-Windsor border. CBP)

In a separate incident, New York State Police pulled over two brothers from Akwesasne on the U.S.- Canada border near St. Lawrence River driving in different vehicles on Route 30 in Fulton County on Thursday morning. Police say that the two were initially pulled over for driving erratically.

According to the police officers in a press release on Friday, the scent of cannabis could be smelled coming from the two vehicles. At that point, the officers began searching the vehicles. 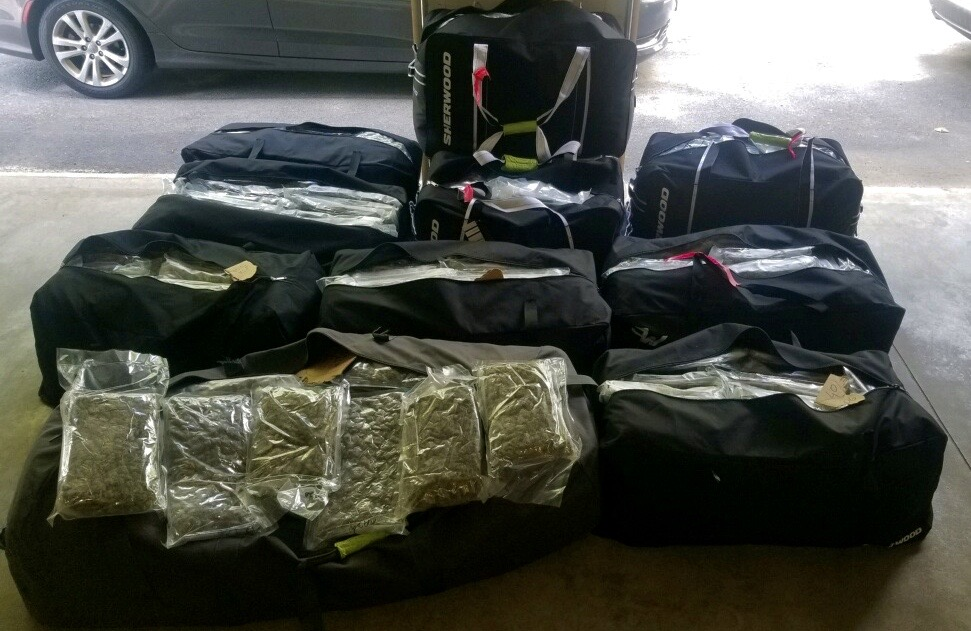 The police said that they found a few hockey bags in both vehicles. Upon opening the bags, officers reported having found them filled with cannabis. A total of 471 pounds of it, to be exact.

Both Tevin Terrance (27) and Tyren Terrance (25) were charged with felony 1st-degree criminal possession of cannabis, were arraigned in Mayfield Town Court and issued court appearance tickets for September 15.