Lisa Marrie Forbes of History High, a channel that provides entertaining, engaging, enlightening and educational content on historical figures that paved the way for where we are now, is an actor and history buff residing in Southern California and originally from Texas. As a content creator since 2009, Lisa Marrie first started a YouTube channel in which she shared tips and tricks for natural hair care geared toward Black women. She felt compelled to launch a channel on TheWeedTube after years of seeing how much of history is written through the biases of the authors and is riddled with truth-twisting and inaccuracies. I was happy to have had the opportunity to ask Lisa Marrie about her perspective on her content, the current state of our country and the world, and much more.

RJ: Hey Lisa Marrie, it is great to speak with you. I sincerely hope you’ve been doing well during the pandemic quarantine.

Lisa Marrie: Hi RJ, thank you for inviting me to share with you and your readers. I have been doing well during the pandemic even though not a lot has changed for me. I was already a homebody so the major change has been not being able to work outside of the house. I’m just staying in with my roommate and taking the necessary precautions when I absolutely have to go out.

RJ: Tell me about your history! What inspired both your interest in history and getting others engaged with history? Do you have any educational and/or video making experience?

Lisa Marrie: History was always one of my favorite subjects but my interest in it has piqued in recent years after I started learning how much history is incorrect, or to put it more accurately, lies. As a natural investigator and researcher I started looking for the truth behind the stories and as you know that journey can lead you down all types of rabbit holes. No matter what I do I always feel the need to teach others about it so having a platform where I can share what I learn makes me very excited. I started a YouTube channel probably around 2009, it started out as a natural hair channel where I gave tips for Black women on natural hair care so that was where my video making experience started. 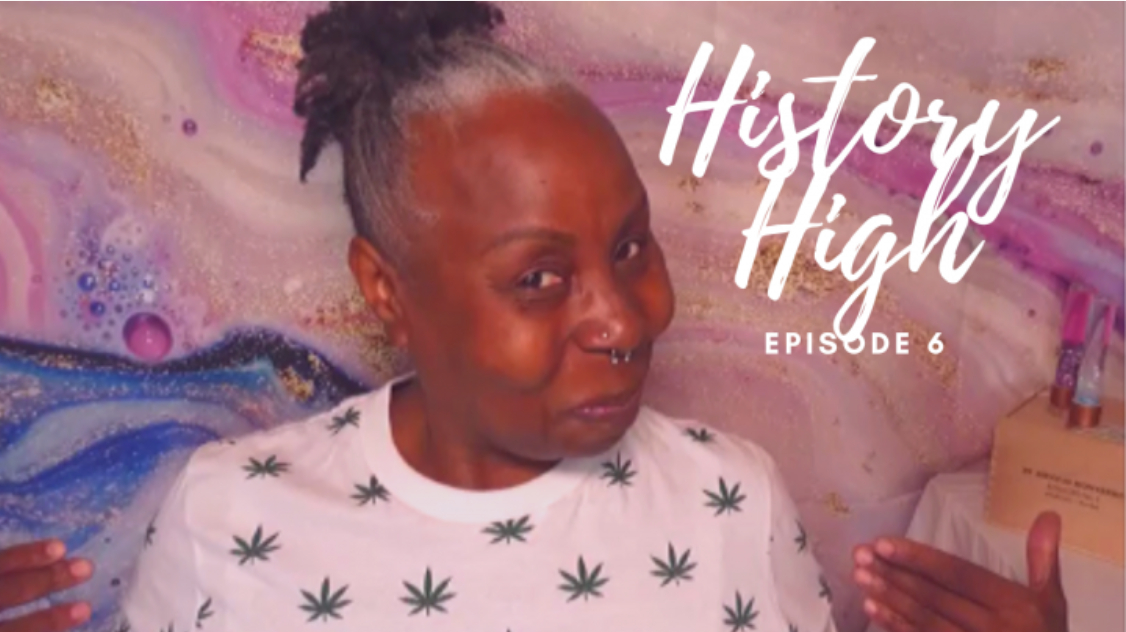 RJ: I also understand that you’re a fellow thespian in Los Angeles! Always great to talk to another actor or performer. How long have you been working as an actor and what has been one of your favorite experiences thus far?

Lisa Marrie: Yes, it was awesome to see that you work for Backstage, I’ve been a member of that site for years! The long answer is I’ve been acting since I was a kid. In high school I was President of the drama club and I went to college right out of high school on a drama scholarship. I moved to California from Texas in 2008, took a commercial acting class and signed with an agent but then the need for full time employment took priority over acting so I actually quit and just got back into it last year.  My favorite experience so far… hmmm. Well, I know that background work is not considered “real” acting but my favorite experience was doing background on “All Rise.” The cast and crew are absolutely amazing. I would love to be on that show one day. We’ll see!

RJ: That’s awesome. Background work is most definitely real acting! Background acting is essential! So many films and shows would be absolutely lost if it wasn’t for all the background work that makes the scene compelling and believable.

RJ: You inquired earlier whether or not I had any thoughts on you contemplating whether or not to tell your agent about your WeedTube channel. Personally, I haven’t told my agent explicitly about my WeedTube channel or the writing work I do with TheWeedTube, but my agent does stay up to date with my social media and website so she’s up-to-date on my current work.

Lisa Marrie: I just signed with my commercial agent in February of this year and then Covid hit so we haven’t had much of an opportunity to work together yet. I’m thinking about casually bringing up the idea to see where it leads. I look at it like at least I’m doing some on-camera work during the quarantine, LOL.

RJ: Yes, absolutely! At least you are still flexing your creative and performative muscles. One of my college acting professors welcomed my freshman class and I by saying “99.99% of all actors don’t work.” So I think it’s incredibly important not to let those skills atrophy.

RJ: I’ll admit that in grade school I found myself distracted quite a bit and found many subjects quite boring, such as history, chemistry, economics, et cetera. These are all subjects I’m fascinated by now, but I had teachers that were less than engaging or didn’t really educate in a form that worked for me at that age. How do you get others interested in learning about history?

Lisa Marrie: I think that in order to get others interested in something, especially something they find boring, you have to make it relevant to them and to make it entertaining. I think if you can see how something that happened in the 1700s still has significance or influence today you might be more inclined to want to learn more about it and of course you have to make it interesting. I hope that I am achieving both of those.

RJ: Why is it important to understand the history from which we came?

Lisa Marrie: History shapes everything from who we are to what we believe. To fully understand why we think the way we think or act the way we act it’s important to know what happened in our past to shape our future. For example, in the study of epigenetics science has been looking at intergenerational transmission of trauma especially as it relates to Holocaust and Slavery there are some behaviors within these affected communities that can be directly related to what their ancestors endured.

RJ: When I watched the first episode of History High, I got so stoked when you said that Clara Foltz changed the wording on the BAR exam requirements from “white man” to “person.” I think that speaks to how societal movements and fights for equality are certainly made up of the most well-known historical figures but also those that move the needle in any way, big or small. In what ways can one contribute positive to the progress of civilization in some way everyday?

Lisa Marrie: Clara Foltz has become one of my personal heros! I believe that one can contribute to the progress of civilization by first being informed, researching, asking questions and developing informed opinions as opposed to just jumping on bandwagons or following popular opinion. Then, once you have the proper information, share it whenever and wherever you get the opportunity don’t think of it as someone else’s job.

RJ: Saying that we’ve seen tensions boil over this past weekend would certainly be an understatement. On top of the ongoing coronavirus pandemic, there have been massive protests against racial injustices and racially-charged police brutality and, unfortunately, increased levels of destruction to property in the U.S. In what ways can one lift up their voice while still remaining focused to the cause and ensuring that demonstrations lead to actual systemic change?

Lisa Marrie: This is an unbelievable time! Before I sat down to talk with you I went to my local grocery store and it felt surreal. The main street through my neighborhood was blocked off by sanitation trucks and lined with police and military vehicles. Add to that the massive line of masked citizens trying to grab up groceries and supplies before the curfew starts. Just seeing what’s going on I can’t begin to imagine what it would be to live in a war torn country.

Let me say this, I don’t agree with stealing and looting. I do realize, however, that real change only happens when cash flow is being affected. The looters hit some pretty high profile areas like Beverly Hills and Rodeo and in my opinion the response by state, federal and local government has been quite different from the way they responded in the past. I think sit-ins, boycotts and protests that affect the flow of money in a significant way can lead to systemic change just like the boycotts led by Dr. MLK.

RJ: Can you think of a time in history that’s similar to the one we’re in now?

Lisa Marrie: I honestly can’t. I think this is a very unique time.

RJ: What’s next for you? What is coming up on your WeedTube channel that we can expect and have you got any other historical figures in mind about whom you’re interested in finding out more?

Lisa Marrie: Coming up in June I am starting a new series called Storm Month. I want to take a look at some of the most devastating storms in history that have either been forgotten or had unique circumstances surrounding them. I especially want to discuss the government’s response to these disasters. I am always interested in who was the first to invent or achieve a certain thing so there will definitely be more stories on people who were the first in their areas of work.

RJ: Lisa Marrie, again, thank you so much for taking the time today. Your content is so entertaining and informative at the same time and your storytelling style is so engaging and fun. I very much appreciate it and I sincerely hope you stay healthy and safe out there.

Lisa Marrie: Thank you so much RJ, I had a lot of fun! You stay safe as well! HistoryHigh 1 month ago
Thank you so much RJ, I really enjoyed your questions and I hope I don't sound too crazy, LOL. Thank you again for the opportunity!
Update Cancel
Reply
View 0 repliesHide replies dopedev420 1 month ago
I learned so much about lisa from this! This was an incredible interview RJ. Lisa is BY FAR one of my favorite creators on TWT. I get so excited for her uploads. So glad she's apart of TWT ❤
Update Cancel
Reply
View 0 repliesHide replies